Why bees are so important?

Imagine living in a world devoid of fruits, flowers, juices, and ice creams! How does it feel? Is it vibrant enough anymore? Do you want to wake up one without the greenery of farms and yards around you? Well, it can happen if we keep on ignoring the bounties nature have gifted us. There are many species of insects and birds around us which are making our earth beautiful and we don’t realize it until we lose these abundances.

We all aware of the fact that most of the species of birds, animals, and insects in this world are nearly at their declining phases due to climatic changes, global warming, and increased urbanization. We lost many valuable species during the past few decades and global warming is going to take away many of them from us in the future as well.

Although this is true that there are more honey bees in this world than any other kind of pollinating insects and bees, there is a dramatic drop in the number of bees which is highly concerning for us. More than 80% of the food crops globally depend upon bees for pollination than any other insect or bird. Pollination is crucial for this world and our lives. Bees ensure food security, maintain biodiversity and are responsible for the formation and maintenance of a vivacious and lively ecosystem for us and every living being in this world.

Bees are also a vital part of our ecosystem as they are the providers of some of our favorite fruits such as blueberries, strawberries, almonds, and apples.

If we estimate the total number of bees in this world, then it is impossible to make an accurate estimate. The weather and climatic conditions are affecting the number of bees with each passing year. However, the number is still significant enough to help us in the years to come.

How many bees are exactly in the world right now?

Bees are everywhere! Their existence does not depend upon any specific climate, or zone or weather. You will find them in every kind of climate from the deserts of Africa to the forests of Amazon and Europe. Thus, they can be found everywhere from the hottest places in the world to the coldest regions even the Arctic Circle.

It is quite daunting to find out the exact number of bees that are in the world right now. Their population keeps on fluctuating due to a combination of reasons. Similar to many other wildlife species, the population of bees is also affecting each passing year. However, according to a recent report, there are roughly two trillion bees that are serving us and making this ecosystem better for us. Moreover, there are around 5000 species of bees that are found in the USA alone. Thus, the USA and Europe make the largest bee population countries in the world.

However, it is important to note that this number includes only those bees which are discovered. There might be millions of more which aren’t discovered yet. So, if we make a rough estimate, then we can surely say that the total number of bees can be anywhere around 100 trillion!

These studies show that the number of bees is greater and they are forming the largest part of the ecosystem.

How many bees are there in the USA and Europe?

The USA and Europe are known as the largest protectors of bees. There, you can find entire farms especially dedicated to raise and maintain bees.

If we specifically talk about Europe, then the estimated number of beehives there hits around 250,000. However, this figure is total as an experimental statistic. Moreover, this population is increasing with each passing year.

Similarly, in the US, it is reported by FAOSTAT that there were approximately 2,669,000 beehives by the beginning of 2018. However, it is said that the USA has, unfortunately, lost around 40% of bee colonies due to its lawsuit.

Thus, we cannot judge a finite numeric value over here. 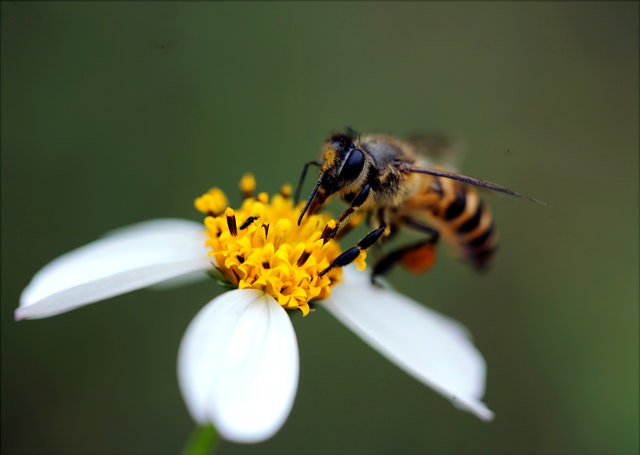 When we talk about the population of bees, we also need to keep into consideration the various kinds of bees and their species. There are more than 20,000 species of bees which are present in the world right now. These include domesticated bees commonly known as honey bees (Also known as Apis mellifera). Other than honey bees which are the queen of all bees, there are other species as well such as the bumblebee, sweat bee, carpenter bee, Colletidae, Apidae, Andrena and many more.

So, if we specifically talk about honey bees here, then there are around 100 million domesticated honey beehives in the world. Generally, each honey beehive contains about 60,000 honey bees in it. So, we can say that honey bees alone, makes up around 1 trillion population of the world. Moreover, the honeybee is the only species of bees whose colony can successfully survive for several years.

What is causing the extinction of bees in the world?

Human beings themselves are responsible for the extinction of bees. The use of pesticides and insecticides to protect the crops are causing more damage than good to the ecosystem. Habitat fragmentation, excessive application of neonicotinoid and other such chemicals are also affecting the population of bees.

Moreover, global warming is responsible for the change in climate and once again, we are the culprits of causing global warming. Thus, all of these, when combined, cause a disorder and collapse in bee colonies and as a result, we are losing this precious species. However, the number isn’t decreasing steadily.

Bees need your attention and care!

While this true that there are many bees which are still there in the world, but they need the attention and care they deserve from us, human beings. We need to put extra effort to maintain the remaining population of bees. By minimizing the use of pesticides, we can not only save the population of bees but many other insects and species as well.

We need these bees to keep buzzing around us and save our planet earth!