Manatees are a large, fully aquatic marine mammal that is sometimes called the sea cow. There are three different species of manatee, which are the Amazonian, the West Indian, and the West African. They can measure up to thirteen feet long and can weigh up to thirteen hundred pounds. They are slow, and plant-eaters, which is where they get the nickname of sea cows because they appear to be grazing like cows are known to do. Manatee can swim up to 20 miles per hour.

The Gila monster is a species of venomous lizard that is native only to the southwestern United States and the northwestern Mexican state of Sonora. A very hefty and slow-moving lizard, they don’t generally get longer than two feet long. They are one of only two known venomous lizards found in North America. Although they are venomous, they pose little threat to humans since they move so slowly. Even so, they are protected by state law in Arizona and are the state reptile in Utah. Gila monster’s top speed is 15 miles per hour. 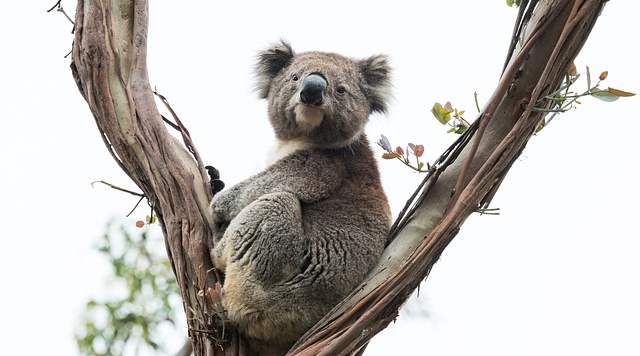 Koalas are native to Australia. They are close relative to the Wombat. The koala found in coastal areas of the eastern and southern regions. Commonly found in Queensland, New South Wales, and Victoria. They generally grow to about thirty-three inches tall and don’t weigh more than about thirty-three pounds. They inhabit eucalypt woodlands, and because of that, the leaves from said plants make up the majority of their diet. This diet has minimal nutritional value and caloric content, which means that koalas live a very sedentary lifestyle. They sleep up to twenty hours a day. Koala’s top speed is 8 miles per hour.

The Starfish or sea stars as they sometimes called are star-shaped, sea creatures. There are about fifteen hundred species of starfish that spread out in all of the world’s oceans. They can be found anywhere from the tropics to the frigid waters. They are also found in varying depths from the intertidal zone down to twenty thousand feet below the surface. Because they are marine invertebrates, they typically have a central disc and five arms; however, some species have more arms than others.  Starfish use the tube-like tentacles on each of their arms, they move at the speed of about a meter at one minute. Starfish’s top speed is 8 miles per hour.

The Loris is a small species of primates that are nocturnal and found in the tropical and woodland forests of India, Sri Lanka, and some parts of southeast Asia.  They are known for being cautious, which is part of the reason they move so slow. Some eat only insects, while some found in other areas have included fruits, gum leaves, and even slugs in their diets. Loris can catch up at a speed of 4 miles per hour.

Tortoises are a species of reptile. They differ from other turtles because they are land-dwelling, while most of the other turtle species are at least partially aquatic. Like the majority of other turtles, they have a hard shell to help protect them from other threats and animals. Some species have a lifespan of up to one hundred and fifty years. The Guinness Book of World records has a record for the fastest tortoise: the one they observed ran at an average speed of 0.63 miles per hour.

The three-toed sloth is tree-living mammals native to Latin America. They travel at speeds of about 0.15 miles per hour. They average to be about the size of a small dog or large house cat. They measure about eighteen inches long and weigh between eight and ten pounds. They are agile swimmers, which is something that you might not expect from a mammal that is mostly seen in the tree moving at such a slow speed.

Banana Slugs are North American slugs that are often bright yellow. Their color is what gave them their name, resembling the color of the fruit. Although they can also be found green, brown, tan, or white. Their head has optic and sensory tentacles that help them sense, see, and feel their way around. The Pacific Banana Slug is the second largest species of slug in the world, growing over nine inches in length and weighing up to just over four ounces. Banana Slugs can live up to seven years. They produce a slime-like substance that allows them to slide around on the ground because they slide to move anywhere they are unable to move very fast. It’s one of the slowest creatures in the world that its top speed is 0.2 miles per hour.

The garden snail is a species of land snail. They are native to the Mediterranean area and Western Europe. However, whether on purpose or by accident, humans have spread them worldwide in subtropical and temperate areas. They are enjoyed as a delicacy in some places but also regarded as garden pests to gardeners around the world. The average speed of the garden snail is 0.029 miles per hour.

Seahorse is the name given to forty-five different species of small marine fish. Their neck and heads are similar to horses, and they have segmented armored spiny bodies. They primarily found in shallow tropical and temperate saltwater around the world. They live in sheltered areas such as coral reefs, mangroves, and estuaries. Four different species found in Pacific Waters in North and South America. Some species of seahorses from territories within ten square feet of habitat. Seahorse is the slowest fish that swim 0.01 miles per hour.

I hope you have learned a lot from this exploration into the world’s slowest animals. I bet you were just as surprised as I was to learn some of the details of these slow-moving furry and slimy friends.