When you think of a nice long vacation, is the beach the first place you think of? Because if it is, you aren’t alone.  Everybody wants to spend a few days stretched out on white sandy beaches, watching the blue waves crash in as somebody brings you an endless supply of Peach Bellini’s or margaritas. If that description has you wanting to book a flight to one of the most beautiful beaches in the world, then you are reading the right post. Put your sunglasses on, and stretch out in that lounge chair, we are going to explore the ten most beautiful beaches in the world. 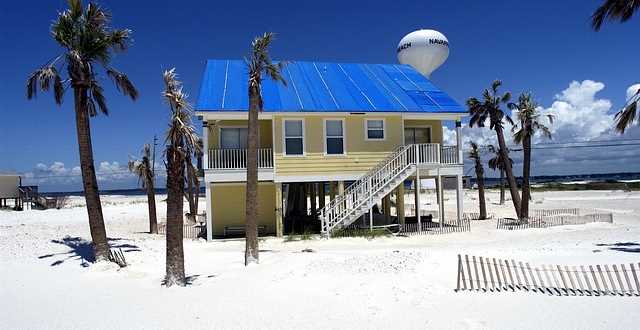 Pensacola Beach is located in Florida just south of Pensacola in the Gulf of Mexico. The land portion of Pensacola Beach measures 11.45 square miles. There is plenty to entertain all members of your family. Both Fort Pickens and the Naval Aviation Museum have plenty of history to keep the buffs in your family enthralled. If you would rather be closer to the water (that is why you wanted to visit a beach after all right), Pensacola Beach Gulf Pier is right up your ally. You can fish, stroll, or take in the sights. 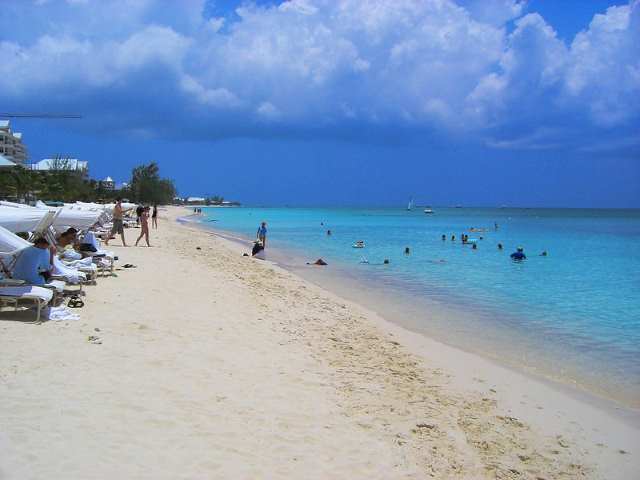 Seven Mile Beach located on the biggest of the Cayman Islands, Grand Cayman. It is a long crescent of coral-colored sand. It has long been known for its beauty and has been given the honor of “The Caribbean’s Best Beach” by Caribbean Travel and Life Magazine. It is considered public property, and you can walk the complete length of the beach regardless of where you happen to be staying. It is the most popular and most developed area of Grand Cayman. Most of the land along Seven Mile Beach is dedicated to luxury hotels and resorts. 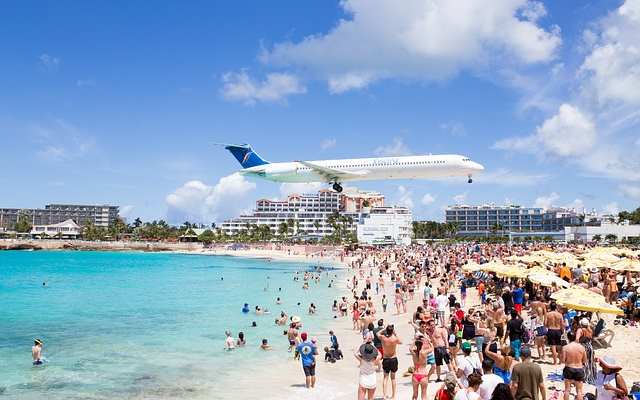 Maho Beach is a beach located on the Dutch Side of the Caribbean Island of Saint Martin. It is most well known for being adjacent to the Princess Juliana International Airport and is popular among tourists and plane watchers. The plane watchers visit the beach to be able to watch the airplanes land at the airport and see them pass a short distance above their heads. Because of this, most of the bars and restaurants along with the beach display airline timetables, and some of the bars have been known to broadcast radio transmissions between the pilots and airports control tower over their loudspeakers. 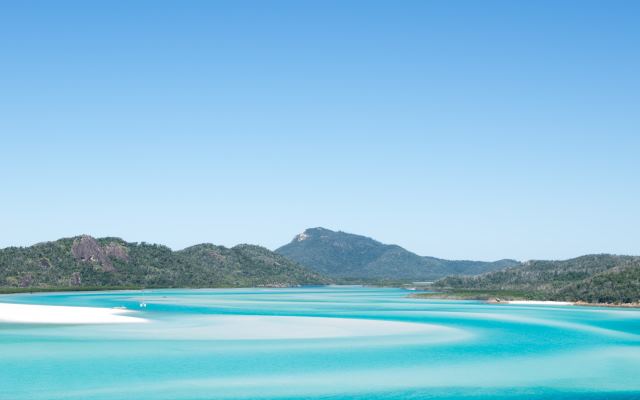 Whitehaven Beach is a seven-kilometer stretch along Whitsunday Island in Australia. The island is only accessible by boat, seaplane, and helicopter from Airlie Beach and Hamilton Island. This beach is known for its shocking white silica sands and peaceful turquoise-colored waters. This beach is a great family vacation spot. It has several different spots with camping and barbecue facilities. In 2008 it was awarded Queensland’s Cleanest Beach in Keep Australia Beautiful’s Clean Beach Challenge. 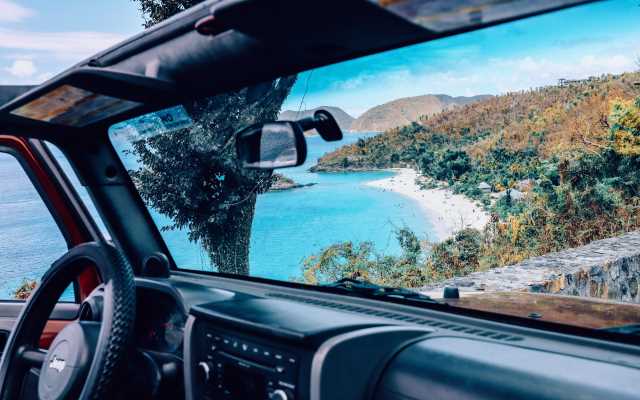 Trunk Bay is a beach located on St John in the United States Virgin Islands. It is part of the Virgin Islands National Park. The beach is divided into two halves. Trunk Bay has been voted one of the top beaches in the world consistently over the years. If you are into snorkeling, there are plenty of underwater trails for you to explore while you are vacationing in Trunk Bay. 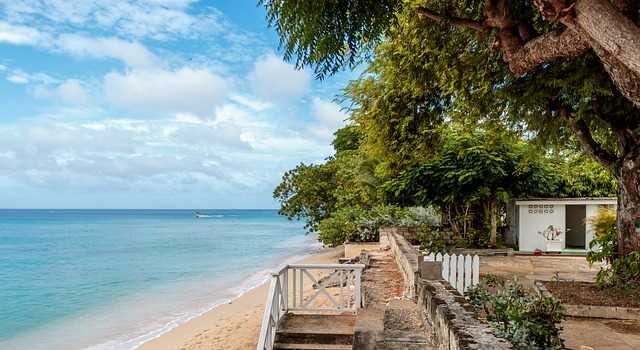 Clearwater Beach is located in the Gulf of Mexico in Pinellas County, Florida, located west over the Intercoastal Waterway. Clearwater beach is full of beautiful white sand that stretches for two and a half miles along the gulf. It features a full marina on the side closest to the Intercoastal Waterway, and you can visit another barrier island called Sand Key by driving across a bridge. There is plenty to do when you visit Clearwater Beach, such as shopping, parasailing, jet ski rentals, and boat tours. The boat tours include dolphin tours, fishing charters, and pirate ship cruises. They have been ranked as one of the best beaches in the United States. 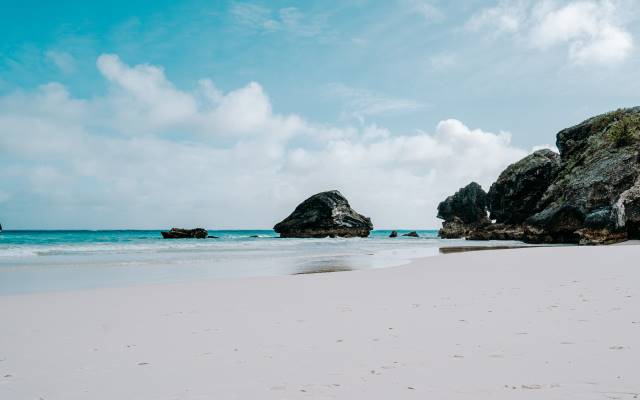 Horseshoe Bay located in Bermuda. It is well known as a tourist spot. It lies n the main island’s south coast in Southampton. The sand of Horseshoe Bay’s beach is a beautiful white color, and so fine, it almost seems impossible. The beach has a lifeguard station that is human-crewed all summer between the hours of ten am and six pm. There is also a variety of other spots to visit while you are vacationing at Horsehoe Bay. There is a weekly beach volleyball competition all summer long. There is still active army base Warwick Camp that is used by the Bermuda Regiment. There are also shops, resorts, and plenty of restaurants to explore while you are visiting. 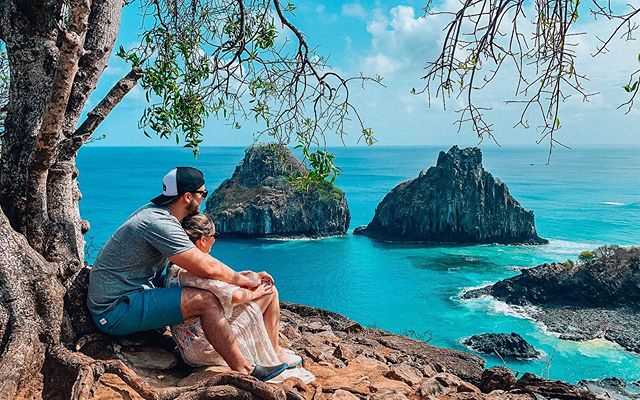 Baia do Sancho is a beach on the small island of Fernando de Noronha off of Brazil.  It is consistently ranked as one of the world’s best beaches and was #1 on Trip Advisor for years. It is about an hour from the mainland of Brazil and is only reachable by plane from two cities Recife and Batal. However, those flights are pretty infrequent. It is part of a national park, and because of that, in order to visit, you will have to pay a fee, but it’s worth it. When you first arrive at the beach, you are led to an observation that lets you see all of the beaches beauty in one glance before you descent onto the white sand. Baia do Sancho is hard to get to, which gives you a completely secluded experience, which is excellent if you are looking to completely get away for a little while. 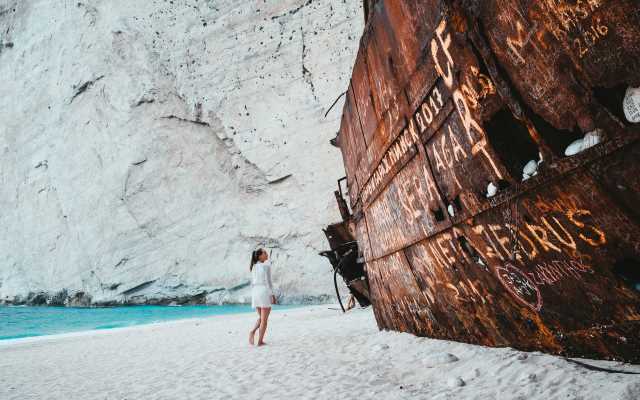 Navagio Beach or Shipwreck Beach is an exposed cove located in Greece. It is sometimes referred to as Smugglers Cove and located on the coast of Zakynthos in the Ionian Islands. In October of 1980, a ship ran into the cove that was said to be smuggling contraband. The ship was abandoned and still rests in the limestone gravel of the beach. The beach sees a lot of Korean tourists due to it being featured in the Korean drama show Descendents of the Sun. 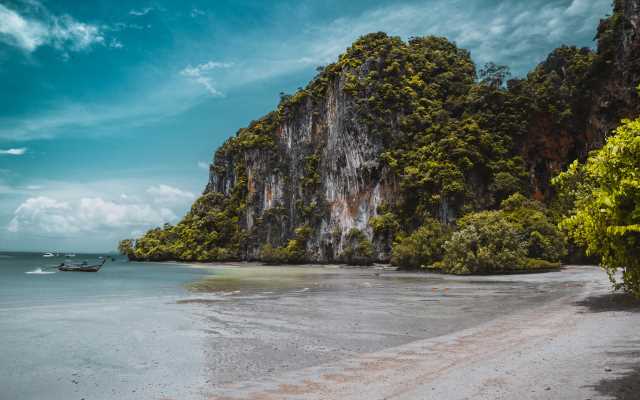 Railay Beach is a large peninsula located in Thailand. In reality, it consists of four beaches. It is one of Thailand’s most sought after beach vacation spots. It is only accessible by boat, and once you arrive is a peaceful and tranquil corner of the world that should be on everybody’s bucket list. There are beautiful white-sand beaches, impressive limestone cliffs that are all well within walking distance from the main tourist spot. Something that sets this beach apart from the others on the list is that there are no roads, only footpaths. You will see no cars or any other automobiles while visiting Railay Beach.

If you are looking to escape your world for a few days, these beaches are some of the best places to do so. From fun resorts and attractions to entertain the whole family, to more secluded and serene beaches, this assortment of these tropical vacation destinations will be sure to provide you and your loved ones with lasting memories of your time there.