The largest birds in the world weigh no less than 150 kilos. Unfortunately, they can’t fly, but there are plenty of birds on this list that can. We have large and small species, birds with beautiful colors, and animals that don’t look nice. In this list, we describe the largest variants that exist. We specify both length and average weight and maximum weight. All these figures make this list the largest birds in the world. What animal do you think is number one? 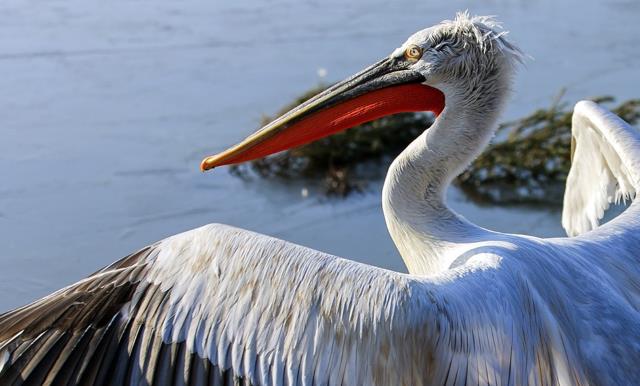 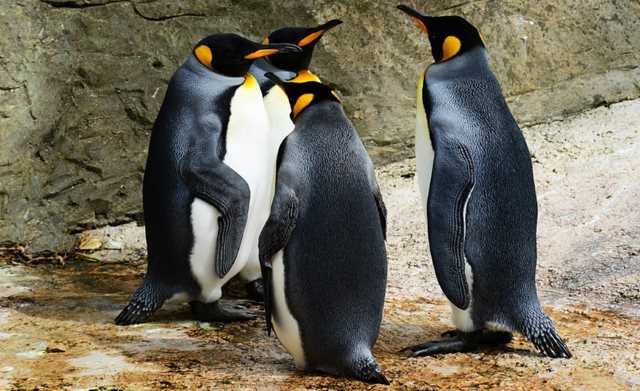 The king penguin is the second-largest penguin species; only the emperor penguin becomes, as the name suggests, even bigger. They are about 90 centimeters long and weigh up to 20 kilograms. Striking about these animals is the way they live together. The vast colonies sometimes grow into many hundreds of thousands of birds. For example, the population at Salisbury Plain in South Georgia (near the Falkland Islands) includes more than 100,000 breeding pairs. 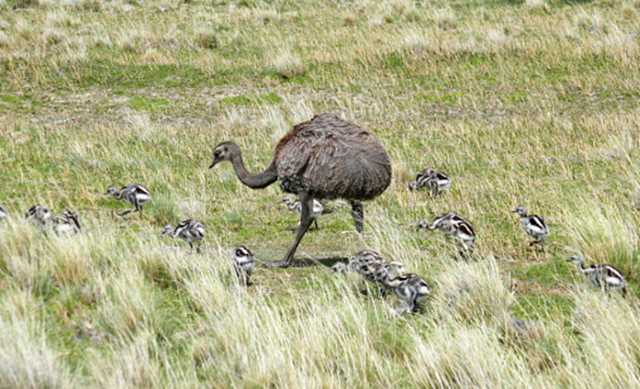 Nandus are a group of ratites closely related to ostriches. The family has two species, of which Darwin’s nandu is the smallest. The animal lives mainly in the Andes. The bird cannot fly, but their wings also serve a purpose: they help to run, just as a runner uses his arms in addition to his legs. And so they don’t fly, but run away in imminent danger. Very few predators can keep up with them. Speeds of up to 60 kilometers per hour are not uncommon among nandus. 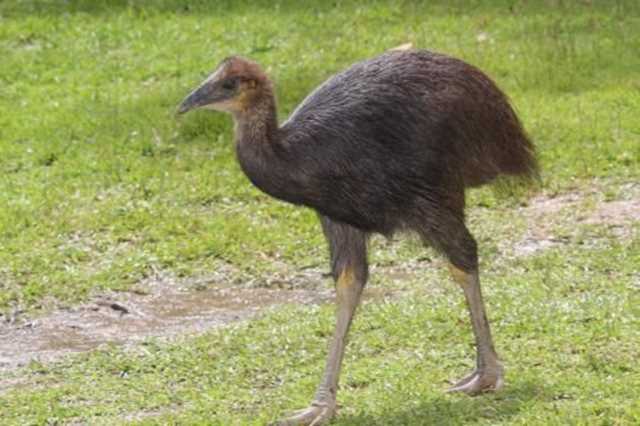 The dwarf cassowary is, as the name suggests, the smallest of the three types of cassowaries. These birds, known in Australia as ‘cassowaries’, are mainly found in the mountainous areas of Papua New Guinea. They’re solitary animals. 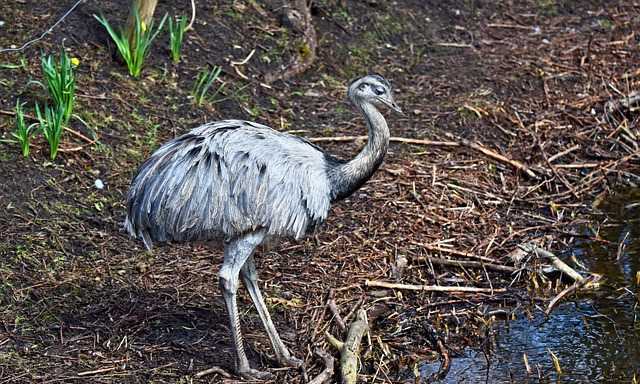 The other and largest nandoe species is called nandu. The largest birds weigh 40 kilograms and are over 1.80 meters high. They occur naturally on the vast plains in the middle and southeast of South America. However, due to their very different diet and a strong constitution, several migrated to start a colony in Germany. 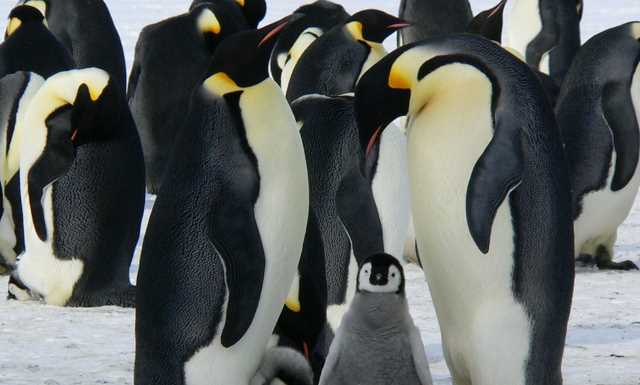 An emperor penguin with chick in the wild on Antarctica. Emperor penguins are the largest penguin species and the fifth largest bird species. They can grow to a height of more than 1.20 meters at a maximum weight of more than 45 kilograms. The unique thing about emperor penguins is their habitat. They can survive in lower temperatures than any other bird species. And that’s a good thing because in the Antarctic winter it can freeze up to 60 degrees. The birds survive this by several different mechanisms. The best known, however, is the massive crowding together to isolate each other. 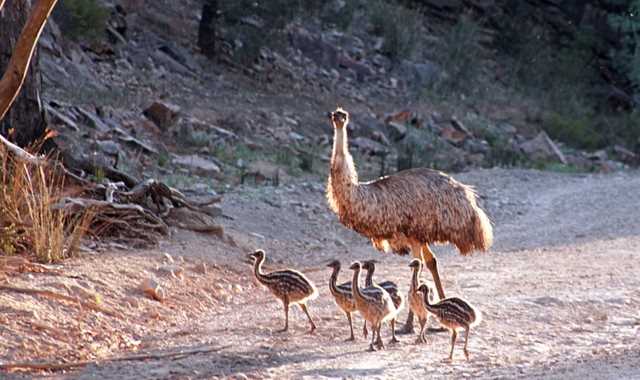 Emus often have a curious look, or, less complimentary, a resting bitch face. The emu is Australia’s largest naturally occurring bird. With a height of up to two meters, they are, apart from ostriches, also the largest birds in the world in this respect. They are said to have existed 80 million years ago when there were dinosaurs on Earth. They are inquisitive animals, primarily known for their typical, curious look. 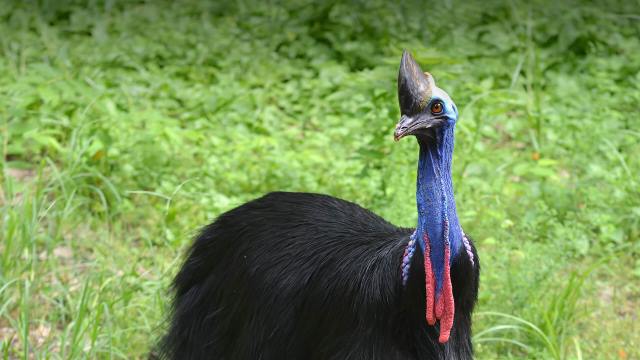 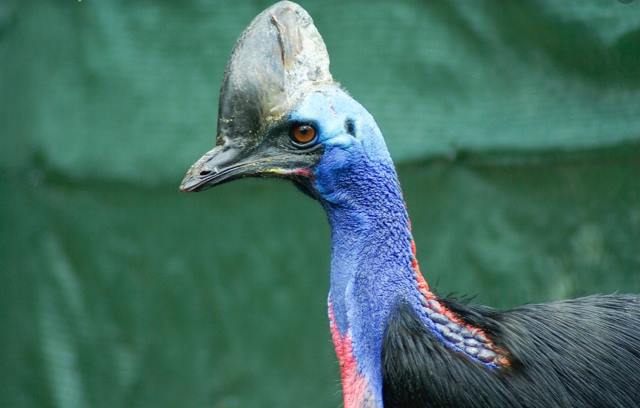 A helmet cassowary in the wild in Queensland, Australia. The helmet cassowary is the largest bird in the cassowary family and the second largest bird in the world. The animal is not to be mocked; when they feel threatened by humans, they usually do not flee but attack with their sharp claws. Especially in the breeding season, they can be very aggressive. The sharp claws have even claimed fatalities. Helm cassowaries, just like the other cassowaries, are mainly found in Papua New Guinea. 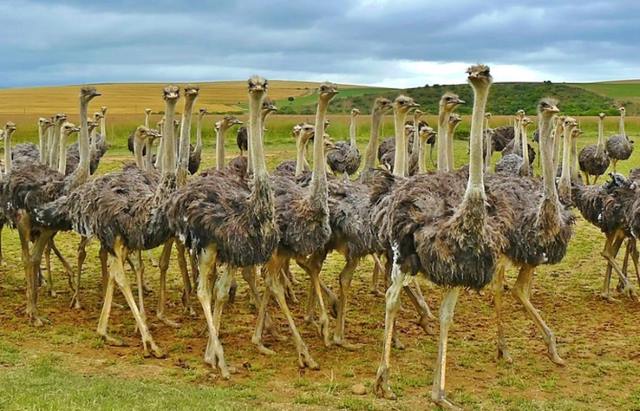 The ostrich is by far the largest bird in the world. An average specimen weighs about 104 kilograms, but the largest birds grow up to 160 kilograms and are sometimes 2.80 meters high. Because they cannot fly, they have developed several other ways to escape possible assailants. For example, they have a kind of telephoto eye of about 5 centimeters in diameter – probably larger than any other land animal – and can run away from their enemies at speeds of up to 70 kilometers per hour. And they can hold out for half an hour.

As you can see, there are different large bird species. Yet they all have something unique that makes them all different. The ostrich has large legs, and the swan has a beautiful white coat. Still, this makes the list of the largest birds in the world interesting. And although not all of them can fly, they can have a weight and height that are greater than the average human’s weight and height. That shows how small we really are and how much we can learn from other animals.