There are lots of problems that our youth is facing today. The most important guarantee of a nation’s future is its youth. Youth have lots of problems and issues. We should consider their problems, think about how to fix them.

With how much sex portrayed in just about everything that children and teens have access to from their music to their video games, it is no wonder that there is an increasing number of teens who find themselves becoming parents. It’s sadly become a pretty common thing in today’s world for teens to find themselves with at least one child before they graduate from high school. Sometimes this also prevents them from ever making it to graduation. The spike in teen pregnancy can be blamed on a variety of things. From the way that children are growing up much faster than previous generations, to their home life. Teen pregnancy is a cycle that needs to come to an end.

There is a variety of substances out there for teens to become addicted to. These can vary from cigarettes and weed to alcohol and much more dangerous drugs. It seems like just about every day there is a news story about a new drug being out there in the streets, and unfortunately, some of Millenium youths have access to them. Teens can become addicted to drugs for a variety of reasons. They can be introduced to drugs because they are trying to fit in with a certain group at school, and they think that doing drugs will make their peers like them more. Homelife can be rough, and they can follow the cycle of their parents or caregivers doing drugs. If they are not properly educated about the dangers of the substances that are out there, they are not going to know just how bad the substance and addiction can be and how it can wreak havoc on their lives.

You can hardly watch the news these days without hearing about some sort of violence in schools. From shootings and stabbings to the teachers acting violently towards other staff and students. Violence in schools has sadly become a part of our society. This harms today’s young people. The trauma that was experiencing a school shooting or other tragic events can be devastating for those who go through it. Proper gun safety and other classes are a must to try and prevent these things from continuing to happen. Unfortunately, not all school districts can afford to properly equip their students for these times of events or help the troubled students find different outlets for their emotional baggage that can push them to the extreme of bringing a gun to school.

4. Growing Up Too Fast

There are a lot of factors in today’s society that causes a lot of today’s youth to have to grow up too fast. Sometimes this is self-inflicted, and other times it is a repercussion of their surroundings. Children and teens have access to so much information at their fingertips now. That the vast majority of them are absorbing information at too soon of an age. This causes them to make choices and do things that previous generations have waited until they were older to do and experience.  These choices can range from choosing to start drinking at a young age, to starting to have sexual relationships too early. Growing up too fast changes how you view the world and can cause emotional and physical damage to today’s youth, often causing lifelong emotional trauma and scars. 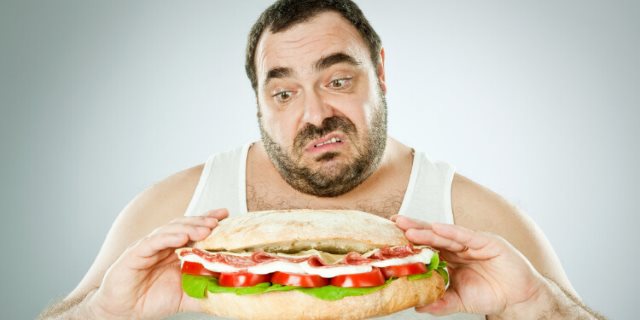 With how much today’s youth is plopping down in front of television sets, computers, and game consoles, it comes as no surprise that obesity is one of the largest problems plaguing them today. In previous generations, kids played outside more, which meant they were getting more exercise, as opposed to kids today who would rather be glued to a screen than running and playing with friends outside. Encouraging kids to get involved in outside activities and sports is a good way to try to help prevent this problem from going on further and getting worse than it already has gotten.

Bullies have always been a part of the growing up experience. However, with the advancements in technology such as cell phones and social media, the ways that bullies can bully have advanced beyond just picking on fellow students in the lunch line. Bullies have found that they can hide behind their screen and keyboard and pick on people in a much broader spectrum online than they could ever do physically in person. Because of this, the bullying is getting out of control. It can tear children down, giving them low self-esteem, body image problems, and emotional issues that follow them well into adulthood.

With how much media today’s youth are exposed to regularly, it is no surprise that a lot of today’s youth suffer from body image issues. Everywhere they look, there is another example of what the so-called perfect body type is. When someone is bombarded with this all the time, it can cause a lot of turmoil in themselves, which can lead to severe body image issues. Body image problems can lead to eating disorders such as bulimia and anorexia when teens try to make themselves into the people they see on the covers of magazines or in shows.

8. The Decline in Education

There has been a drastic decline in education in the last few years. This affects today’s youth immensely. There are a lot of different factors that are causing this decline in education. Some are due to the students not caring about school, and others are because of the schools themselves. There are a lot of students that are not forced to go to school, or for whatever reason, they decide not to finish their high school education. While this might not seem like a problem when they first make the decision, it will come back to haunt them later in life. Schools have also gone somewhat downhill in recent years. This has to do with the teacher’s not giving their job all they can, which means all the students aren’t getting the proper attention. Another way that education is in decline because schools aren’t properly funded, and the ones who suffer from this the most are the students.

It is no secret that the United States is in debt for a lot. While you might think that the country is in debt only affects big businesses or adults, you are wrong. Economic struggles plague a lot of the school districts in the nation. Without the proper funding, schools struggle to keep clubs, sports, and other extracurriculars around to keep students engaged in school. This effects their ability to socialize properly and also lowers their likelihood to be as interested in school. School lunches are also affected by the lack of funding due to economic struggles. This can affect concentration in school, because in poorer areas sometimes the food they eat at school is the only meal they get that day.

Due to several factors, social issues are on the rise. This can be due in part to how many kids prefer to be glued to their phones and social networks instead of going out and socializing with friends and other students on an in-person basis. The lack of as many school clubs and activities that used to be available is also partially to blame for the social issues that plague today’s youth. Without learning the proper socialization, students can have trouble getting into college, maintaining healthy relationships, or finding jobs as they get older.