Tigers are one of the biggest known members of the cat family. The counts of these animals have been continually falling due to poaching, loss of habitat, and prey. Of all the 9 known subspecies, three of them have already become extinct, and most of the other ones already red-listed in the list of endangered species. The rest are also endangered, and the total count of tigers in the entire world is even less than 4000. Below mentioned are all known types of tigers.

This tiger species has been red-listed to be one of the most critically endangered animals in the world. The Sumatran Tigers are found only in Sumatra, the Indonesian island. Currently, the law in Indonesia protects the species. It provides tough punishments such as steep fines or jail time as per the trial. But this is not enough to conserve and prevent poaching. Its skins and parts are still in high demand. The coat of this species is the darkest among all, and the black stripes are broad and closely spaced. The forelegs are striped as well. With an average height of 9 feet for males and 7 feet for females, the Sumatran tiger is the smallest of all the existing subspecies of the tiger. The males weigh around 260 pounds, and the figure stands about 200 pounds for females.

It is the largest known type of animal, and males can be bigger than 10.5 feet when measured from their head to tail. The average weight for the males ranges around 660 pounds. The females grow up to 8.5 feet and generally weigh between 200 to 370 pounds. It has brown stripes and a pale orange coat. The chests and bellies are white, along with a white fur ruff on their necks. It is common in the regions of the Russian Far East, especially in Khabarovsk Krais and Primorsky and in the areas between Northeast China and borders of Russia and China. 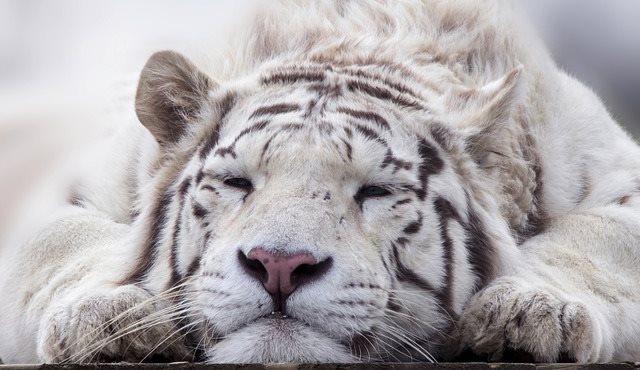 This tiger subspecies is more famously known by the name of Royal Bengal Tiger and is prevalent over the areas of Bangladesh and India. But there are a few of these animals found in Burma, Nepal, and Bhutan as well. This subspecies is currently the most common and the second-largest among all the living subspecies of the tiger. Each of the animals has unique patterns of brown or black stripes on their orange coat. Like no human has similar fingerprints, no two tigers have the same stripe prints.

South China Tigers are almost extinct. None of the individuals exist in the wild, and only 47 of the subspecies are currently living in 18 Chinese zoos. Though over 4,000 individual tigers of this subspecies existed just 40 years back, there is much doubt if even a single tiger of these subspecies can be found in the wild today. 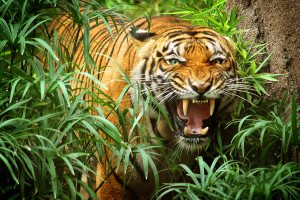 The Indo-Chinese Tiger is found in Thailand, Laos, Vietnam, Burma, and Cambodia. It used to formerly exist in China and is also listed among the endangered species by IUCN. They are also known as the Corbett’s tiger, named after Jim Corbett – the naturalist and hunter from Britain. The males range around 9 feet in height, measured from their head to tail with an average weight of 400 pounds. The females have average statistics of 8 feet for length and 250 pounds for average weight. The strips are narrower in comparison to the Bengal Tigers. These subspecies prefer remote forests, and the terrains of mountains and hills for their habitat, and that makes it tough for scientists to confirm its count in the wild. 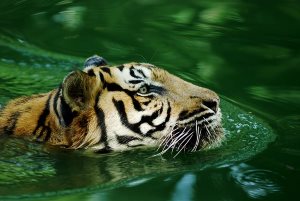 Initially considered to be the same as the Indo-Chinese tigers, genetic tests confirmed it to be a different species in 2004. It is smaller in size when compared to the Indo-Chinese subspecies of the animals. It is positively reported in the moist broadleaf forests of the tropical and subtropical regions of the world, including Peninsular Malaysia and southern tips of Thailand. 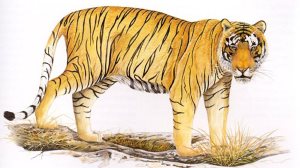 It is one of the breeds of tigers that do not exist in captivity. It had last positive records in late 1930 in the sections of western Bali but was reported to be extinct by the Save the Tigers Fund in 1940. Loss of habitat, hunting, and loss of their base of prey were the main factors that contributed to the extinction of the species. 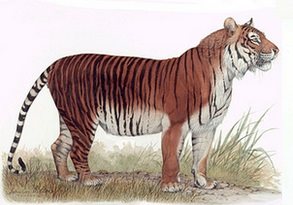 This species became extinct from the Indonesian island of Java but were found here till 1980. They were last reported in 1976 in the Meru Betiri National Park in Java. But they were already disappearing from other parts of the island since 1940. 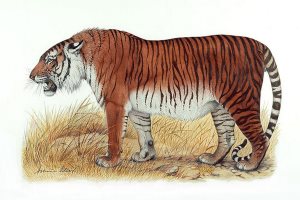 This tiger breed existed till the 1970s and was also known as the Turan or Hyrcanian tiger. The Caspian Tigers were mainly found in the regions around the Caspian Sea in the riverine corridors and the rare habitats of forests. The areas where they ruled include Turkey, Iran, Xinjiang, and China. Poaching of the animal and its prey are the main reasons for the extinction of this tiger species. Other factors include loss of habitat, conversion, and much different vulnerability.