New York City is one of the most well-known cities in the world. There are a lot of magnificent places to visit in New York. Just saying the name brings up visions of bright lights and fancy restaurants. While you will find both those things when visiting this big city, there are also tons of other amazing things to do in this beautiful place. This article combines family-friendly places, as well as items for travelers to do sans kids.

New York City is chock-full of museums and places rich in history for you to check out, but one of the best is the American Museum of Natural History. Located on 79th Street and Central Park West, this museum spans four city blocks and holds around thirty-two million artifacts. With that much history packed into one place, you are sure to find something for everyone in the family. From dinosaur exhibits to exhibits on space exploration, there is a little of everything at the American Museum of Natural History.

You can’t talk about New York City and not mention Central Park. This world-famous park has something in store for visitors all year long. This eight hundred and forty-three-acre park is open from six am to 1 am every week and is accessible by both city buses and subway (as well as by car). The park has five visitors centers, where you can not only learn more about the history of the park but play chess. There are also reservoirs and lakes, where you can race sailboats, look for aquatic life, or feed the ducks. The perfect place to take the family and have a picnic lunch while visiting New York City. 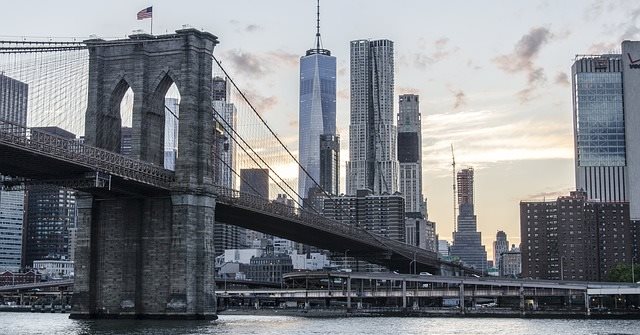 New York City is a city full of fantastic architecture, and one of the most stunning examples of this is the Brooklyn Bridge. The bridge spans fifteen hundred ninety-five and a half feet. It has six driving lanes as well as walking paths and a designated bike path. The structure itself is beautiful. History buffs and architecture fans alike will love it. Even if you don’t consider yourself in either of those two categories, it’s cool to see how big and well made it is.

Grand Central Terminal is a must-visit when you are visiting New York City, even if it’s to take a selfie in the famous train station. This terminal that opened in 1913 is a world-famous landmark and so rich in history. You’ll have to visit again to soak it all in. While this won’t be as exciting for the little ones, anybody who likes history is sure to love marveling the enormity of it all.

Another museum located in New York City is the National 9/11 Memorial and Museum. While the subject matter at this museum differs and is much more somber than the other museum mentioned in this blog, this one honors the lives lost on that tragic day in September. This museum not only accepts all the lives lost during the attacks, but those who fought selflessly to search for survivors in the aftermath, but has exhibits and educational programs that show just how strong America and her people are. 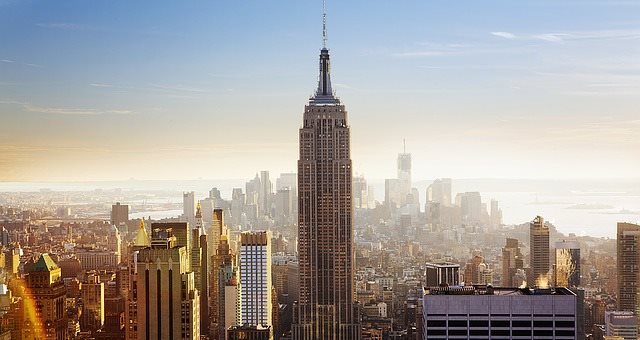 You can’t visit New York City without stopping in at the Empire State Building. This one hundred and two-story art deco skyscraper was the world’s tallest from 1931 to 1970. The original main lobby is complete with bronze plaques and beautiful marble. This beautiful piece of architecture might prove that buildings just are built like they used to be.

Times Square has been featured in countless tv shows, movies, and books. The bright lights and flashing screens have been a part of just about everyone’s life, even if you’ve never been there before. So when you visit New York, make sure you stop by. It is often referred to as the crossroads of the world, and about three hundred and thirty thousand people pass through it daily. Almost like a world in of itself, there are shops, sights, and places to eat. The bright lights and excitement will make it a blast for the whole family to visit.

Another classic tourist spot that is a must-stop while you are visiting New York is, of course, the Statue of Liberty. This iconic statue that was a gift from the French is somewhere that the whole family can enjoy visiting. From guided tours to just exploring on your own, it is sure to be a memorable trip for everyone.

Broadway. That one word has brought to life many people’s favorite stories. Nestled into Times Square, Broadway is one of New York’s biggest attractions. Catching a show at this world-famous theatre is a must-do for any play lover when they are visiting the big apple. What better way to remember a trip to New York than seeing a play on a stage where some of the greatest shows have been performed.

Fifth Avenue is one of those places that you want to visit, just to say that you have been there. Some would call it a cultural experience. Fifth Avenue is home to so many places packed together on one street. From the high dollar shops like Tiffany’s to the more family-friendly and affordable ones like Gap and The Disney Store. This is the perfect place for you to pick out your souvenir to remember your trip to New York City.