Comics have been the separate dimension where reality ceases to exist. It is a realm of seamless possibilities and the best part is you, the writer is the one controlling the universe. In 1939 when Timely Publications first came into existence, not much about its future was known. It later came to be known as Atlas Comics in the early 1050s and by 1961, a new name started appearing which became a staple ever since. It was the time when Atlas comics became Marvel comics. While the first issue under the Marvel banner was the brainchild of three gentlemen namely Steve Ditko, Stan Lee and Jack Kirby, the Marvel name has ever since been the pinnacle of fictional graphical storytelling. With the first issue being a story about four individuals with mystical powers, the Fantastic Four series saw its genesis.

From then till now, Marvel has given its readers some of the most rememberable and influential comic book characters. Several generations have grown up reading about the endeavors of their favorite superheroes and it still is seen today. With this being said let’s jump straight into the adventure lurking in between those colorful pages and find out the top 10 most powerful characters out of the mix. The list will be arranged in the ascending order ie the least powerful will be at the top while the most powerful will be reserved for the end. So let’s jump straight into this shall we 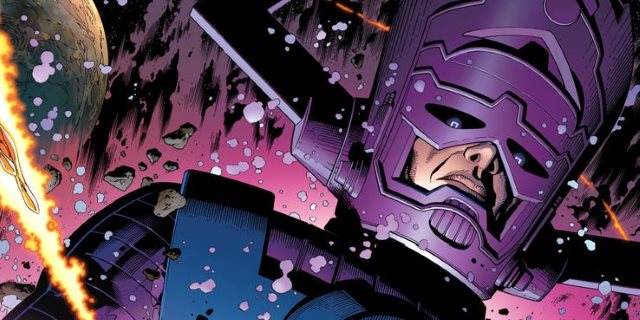 One of the most feared villains from the franchise. Galactus is a cosmic being who is also considered to be “The Devourer of Worlds”. And that, by the way, is true, he literally eats the whole planet and takes a burp afterward. Proving his mettle against the likes of Fantastic Four and even the Mad Titan, Thanos, this being is just a fore to be reckoned with. Fun fact though, Deadpool once managed to defeat the cosmic supervillain by just cracking lame jokes. Good old Deadpool never disappoints anybody.

Father of yet another badass character Adam Warlock, Magus shares the same attributes as those of Galactus. The only difference, however, is that he can shape-shift into anything, literally anything he wishes to. He also has the ability of teleportation and has been deemed immortal. His strength, however, depends upon the form he has taken. But this should not be taken as a joke because when angry, he can split an active star in two. Now that’s quite the power you might need.

Mikaboshi is the Japanese God of Evil. This abstract being is well versed in spreading chaos throughout the universe. The list of abilities this being possesses is quite huge as it encompasses stealth, speed, immense strength, reality-bending, superfast healing, shapeshifting, etc. The whole list is actually quite long. No wonder chaotic entities are so powerful in nature. The devil’s personal bodyguard maybe? What do you think about that?

Considered to be the ultimate master of magical energy, this Marvel character is actually the source of all the major magical superheroes. Yes, you guessed it right, even Doctor Strange gets his energy from him. This entity dwells in his own dimension which is known as Crimson Cosmos. So basically he is like The Godfather of all magical entities from the franchise. Cyttorak is omnipotent which is obvious given the position he holds. It is quite interesting to note the fact that the more power an entity acquires, the more detached from the world it becomes. Quite detached though!

Phoenix Force is the prime universal force of life in the Marvel universe. It has seen some memorable hosts such as Jean Grey and Professor X from the X Men franchise. It should be duly noted that this entity is so much capable of destruction that it singlehandedly defeated Galactus in a single shot. Now that’s where things start to step up a bit. Phoenix Force has also seen its unstable phase as well which is even more terrifying. There is also an alternative version of this force known as Dark Phoenix. But that’s a talk for another day.

The son of Reed Richards and Sue Storm, Franklin is actually the epitome of mutant power. Having powers which are on par with those of the Celestials, Franklin has some serious cosmic strengths. Matter bending, reality shifting is just a fraction of his seamless powers. He contains so much power within himself that he alone can control the fundamental forces of the universe. First appearing in Fantastic Four Annual #6 in 1968, this boy is a rare Omega-level mutant.

If you look at the characters till now then too you’d find Galactus to be an imposing threat. But when you have the twin brother of Infinity who at the same time is the sibling of Death and Oblivion then things might turn drastically into your favor. Capable of manipulating space, time and even reality, Eternity is truly the character with whom nobody would ever want to have a beef. Forget Thanos and his Infinity Gauntlet, Eternity can do things which only can be understood by those who either share or have more power than him.

Another entity who has been badass enough to strike fear in Thanos’s heart even when the Titan was wearing his Infinity Gauntlet. The Living Tribunal was the brainchild of Stan Lee, Marie Severin and Herb Trimpe. He has the ability to completely obliterate the concept of reality from the face of the universe. The only character who has dared to kill this guy is up next!

Yes, this is the guy who killed the Living Tribunal, so you can guess the amount of power he has within himself. The Beyonder is nearly Omnipotent and has the abilities which every other Cosmic, Abstract or Celestial has. Only one entity is capable of overtaking this insanely overpowered character.

1. The One Above All

So here’s the list of the top 10 most powerful Marvel Characters. We hope that such characters would someday be seen on the silver screen but under the condition that they don’t suck. That would definitely be a feast for the eyes, wouldn’t you agree?